Welcome Ailbhe Smyth as the new Patron of NCCWN

We are delighted to announce the exciting news that Ailbhe Smyth will be the official patron of NCCWN. We have no doubt that Ailbhe will champion NCCWN work on both a local and National level.

Ailbhe Smyth was the founding head of Women’s Studies at UCD where she taught for many years and initiated and developed community-based women’s education programmes. She left UCD in 2007 to focus on community-based work, including with the NCCWN and many groups across Ireland.

Ailbhe is a long-time feminist, LGBTIQ and socialist activist. She was a strategic advisor for the Marriage Equality campaign, co-founded and led the Coalition to Repeal the 8th Amendment, and was co-director of the Together for Yes referendum campaign.

Currently, she is Chair of Women’s Aid, and of Ballyfermot STAR Addiction Services, and is a director of Age Action Ireland. She is a founding member of the cross-sectoral alliance, Le Cheile: Diversity not Division.

Ailbhe’s role in the Together for Yes campaign was recognised by her inclusion on the Time Magazine list of the worlds 100 most influential people in 2019.

NCCWN look forward to working with Ailbhe at both a local and national level.

Welcome Ailbhe Smyth as the new Patron of NCCWN 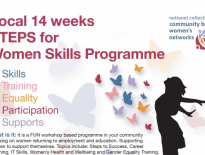 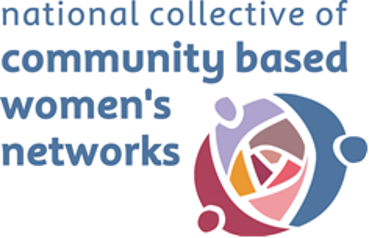 Latest News NCCWN Pre-Budget 2022 Submission
Manage Cookie Consent
To provide the best experiences, we use technologies like cookies to store and/or access device information. Consenting to these technologies will allow us to process data such as browsing behaviour or unique IDs on this site. Not consenting or withdrawing consent, may adversely affect certain features and functions.
Manage options Manage services Manage vendors Read more about these purposes
View preferences
{title} {title} {title}